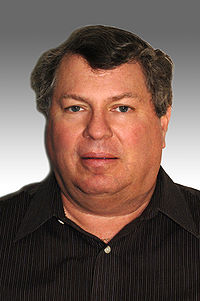 Dr. Puetter has extensive experience in infrared instrumentation, IR observations, and computational physics, and has authored over 180 scientific papers. He has built a number of state-of-the-art instruments, including a mid-IR imaging spectrometer for the world's largest telescopes, the Keck Telescopes in Hawaii (B. Jones, Co-PI). He has made both ground-based and airborne observations of a variety of astronomical objects, and has substantial experience in the modeling of complex systems and numerical solutions to complex problems such as radiative transfer models of QSO emission line clouds and the solution of inverse problems. He has performed observational work on a variety of subjects, including the interstellar medium, quasars and active galaxies, supernovae, novae, planetary nebula, and solar system objects.

Dr. Puetter is considered a world expert in image reconstruction methods and was asked in 2005 to review this subject area for the Annual Review of Astronomy & Astrophysics.

Dr. Puetter spends much of his time working on Pixon Imaging projects which deal mostly with the development of real-time hardware for image enhancement. In addition, he continues to develop information-theoretic-based algorithms for image compression as part of his company’s efforts. Observationally he is pursuing observations of novae, supernovae, planetary bodies, and occasionally extragalactic targets in the optical and near-IR. Observations are primarily done at Lick Observatory since his group’s targets are generally bright enough to observe with a 3 meter telescope. Their spectroscopic observations are done with an instrument constructed by colleagues at the Aerospace Corporation that uses 3 sensors (optical and two IR sensors) to simultaneously measure the optical and IR through the same slit.