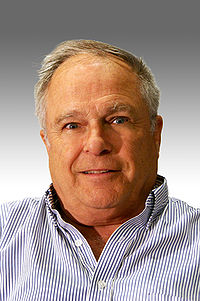 Dr. Buffington received BS and PhD degrees in physics from MIT in 1961 and 1966, respectively. He continued as a research associate at MIT until 1968, in high-energy physics. He then moved to the Lawrence Berkeley Laboratory and the Space Sciences Laboratory at Berkeley, in a program of cosmic-ray measurements using superconducting magnets and spark chambers. He also developed apparatus to use flexible-telescope techniques for reduction of atmospheric seeing image degradation. In 1979, he continued cosmic-ray work at Caltech. In 1984, he moved to UCSD/CASS, starting programs in precision optical astrometry and photometry. He was a team member for a study of a spaceborne astrometric imaging telescope (AIT) which could search for planetary systems associated with nearby stars. With Hugh Hudson, he studied CCD’s, making laboratory measurements and calculations focusing on their application as precision photometric/astrometric panoramic detectors in space. Most recently, he has worked with Bernard Jackson's group in design and tests for a spaceborne Solar Mass Ejection Imager, and formulating innovative stray-light reduction and optical coronagraph designs, with confirming laboratory measurements. Publications include 45 articles in refereed journals in high-energy physics, optics, cosmic-ray physics, and astrophysics, with numerous other conference proceedings and abstracts.

White-light Characterization of the Gegenschein and Zodiacal Light